It’s been a crazy busy week launching Crescent City Moon, my paranormal mystery set in the heart of 1820s New Orleans, but such a fun one! There is so much to do, but also lots of cool things that happen when a book launches! Facebook group takeovers, giveaways, and the excitement of getting reviews in! I’ll be honest, though, it’s also a little scary! As an author you experience a roller coaster of emotions, even negative ones, as your dreams materialize into ink and paper. What if no one likes it and I’ve spent years working on this for nothing? What if no one buys it? What if…what if…what if….

Then, there’s the flip side of the coin. What if it takes off like a rocket?

Who knows what will happen? All I know is that I just signed my first official copy of a book sold on Amazon!

And it feels amazing!

One day, my feet will touch the ground again. One day, I won’t be bombarding my friends and family with news about Crescent City Moon. Of course, that will be because it will be Spring and Sylvie’s Pen will be launching! Seriously, though. Well….

Thank you to all of those who have made this an amazing journey and are all along for the ride as it takes me to new places!

I’m excited to announce that I’ve signed contracts for two more novel series coming soon from Pandamoon Publishing! Things just got busy in the writing world over here, but I wouldn’t have it any other way! One series is a globe-trotting adventure with a dash of history and mystery, while the other is a rollicking New Orleans historical with some sass and romance that tugs at your heartstrings.

For more information on both series, check out the press release below: 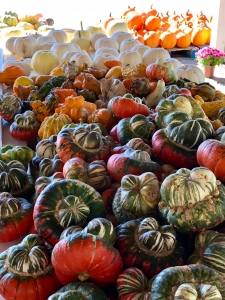 What do you look forward to around Fall Break?

As a teacher, the first nine weeks of school can feel painfully long, especially as the preteens get antsy. This year, the weather took a turn for the cooler a tad late but just in time for Fall Break and both couldn’t be more welcome.

Making the most of the time off began with getting the house cleaned so I could actually relax instead of thinking of everything I still had to do. Because cleaning and laundry are the banes of my existence, my deal with myself was writing had to wait til the house was clean. So, break out the Clorox, I have a book to finish! Now that the kitchen is clean, all I need now is some pumpkin bread in the oven. (Don’t tell me to go get some pumpkin spice coffee. That’s just nasty.)

The next adventure began when I had an unexpected free afternoon. So, mini me and I decided to take a stroll through our beautiful old town. While my heart may always be in New Orleans, I gotta say Franklin isn’t a bad place to be in the fall. Beautiful old homes, lovely cemeteries, sweet people, delicious treats, and plenty of pumpkins. We call these outings “picture walks” because we can’t help photographing the pretty little town. Come take a picture walk with us! 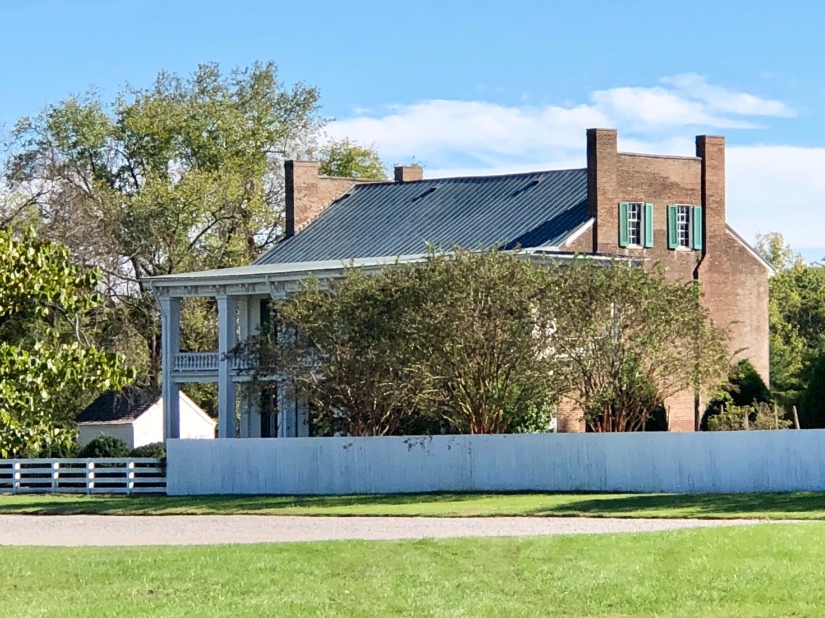 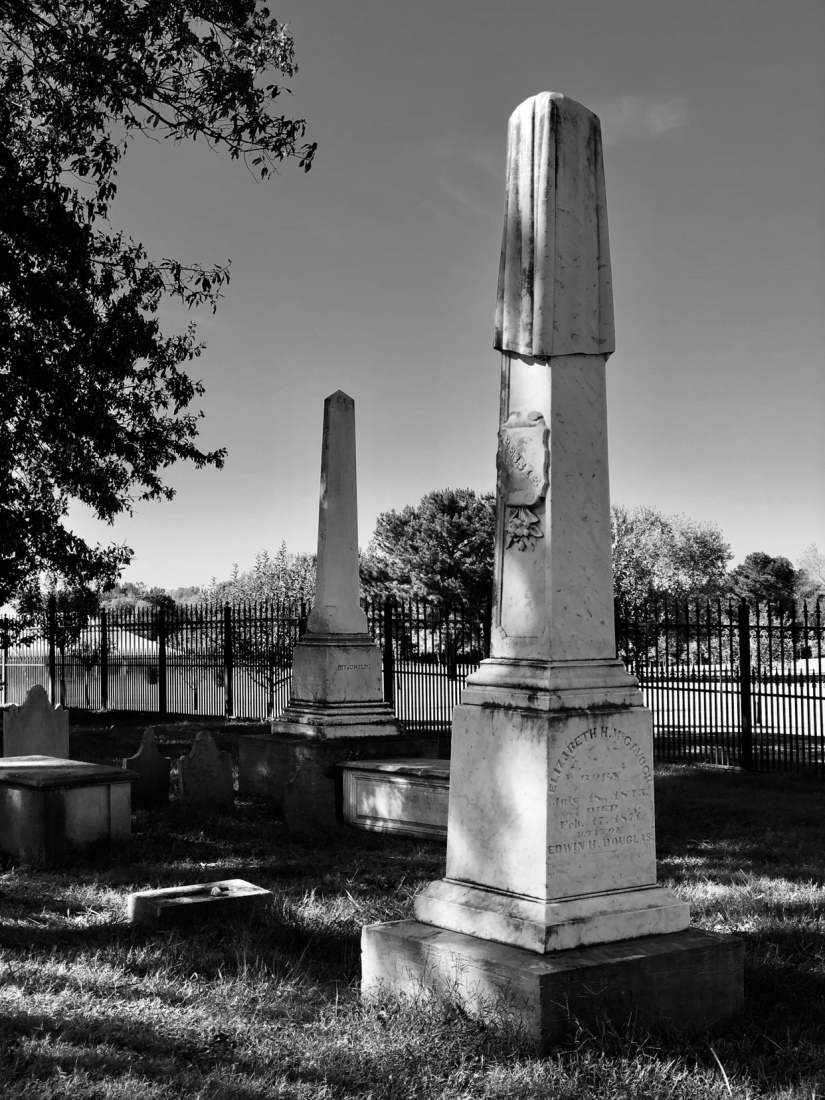 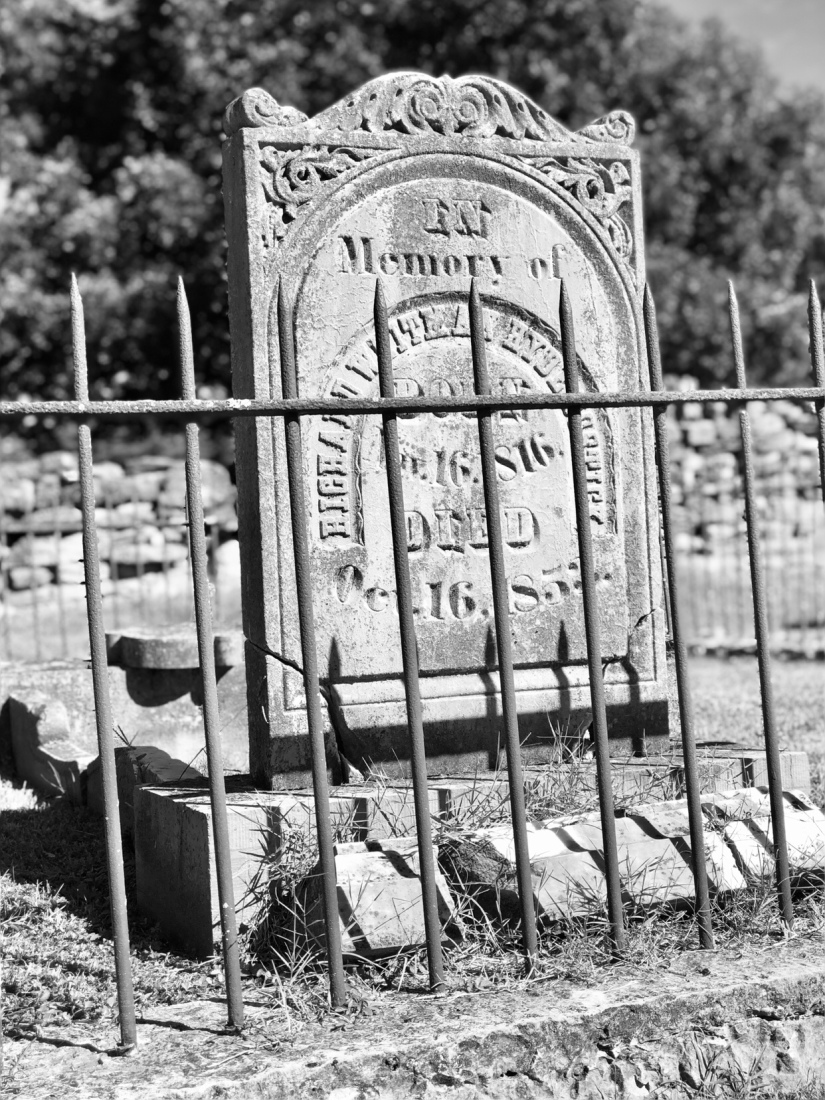 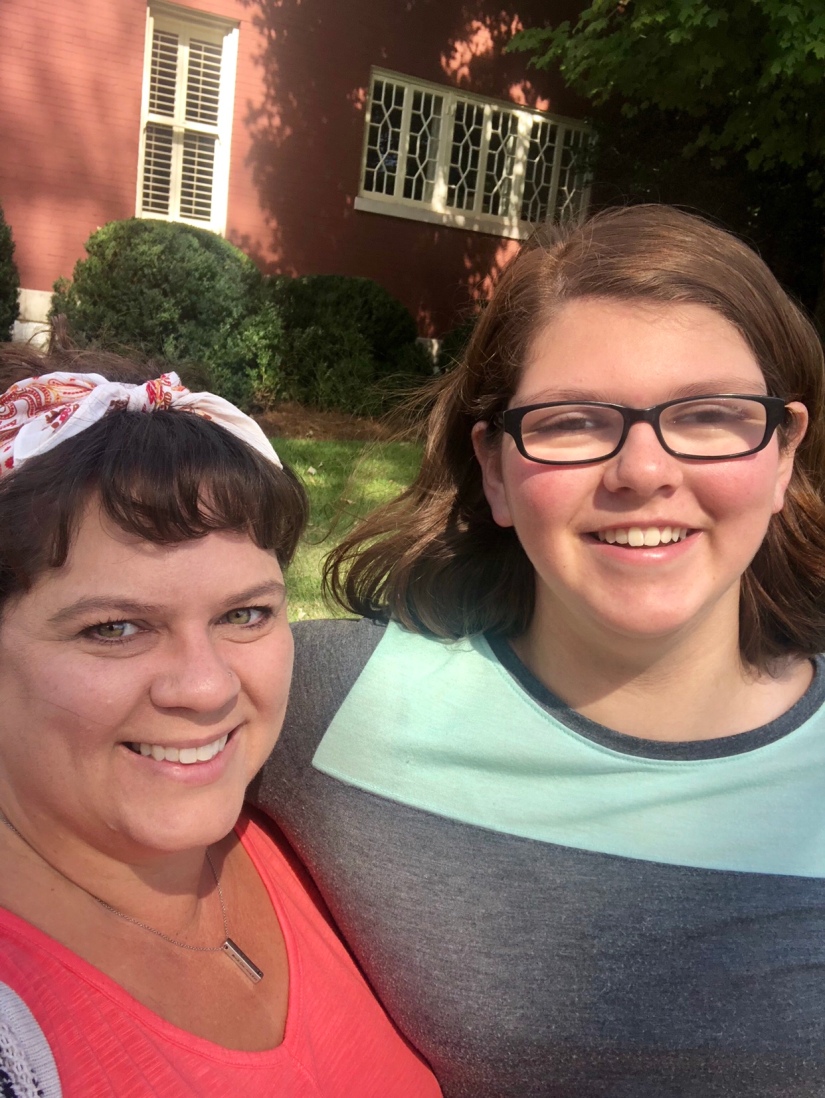 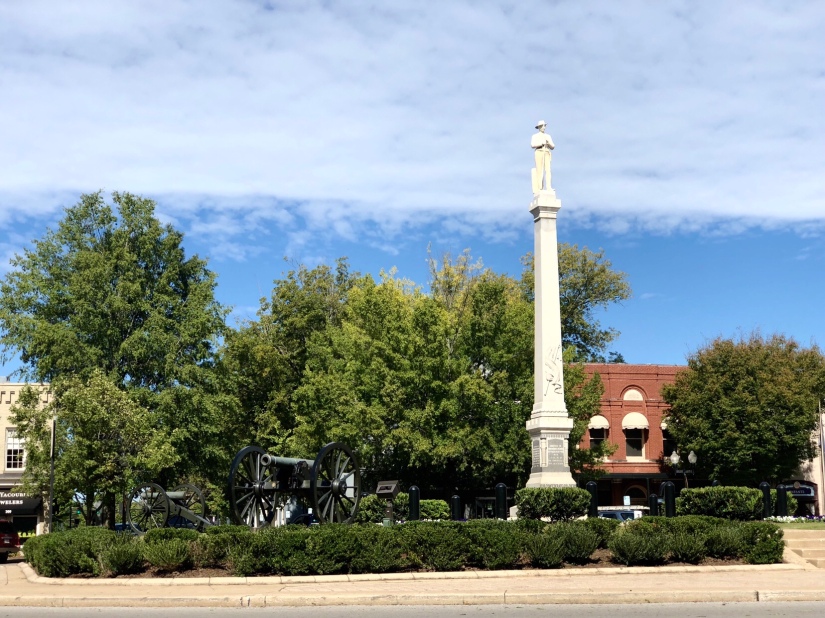 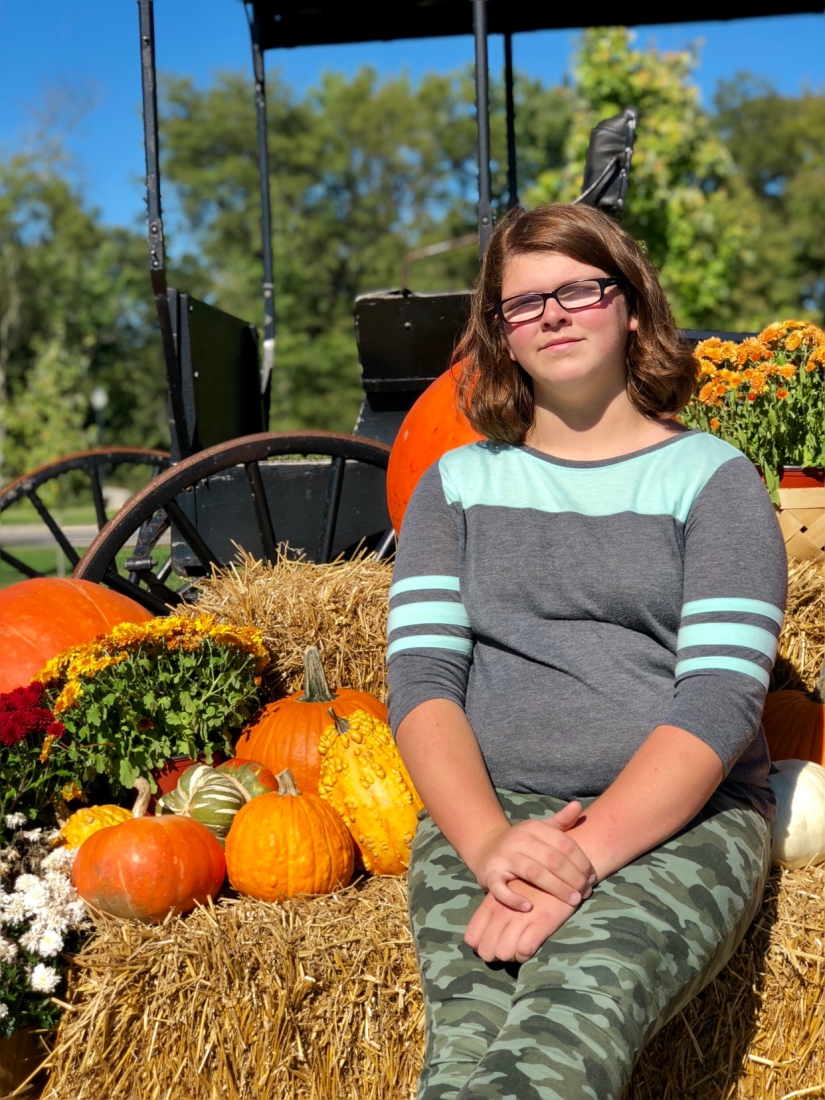 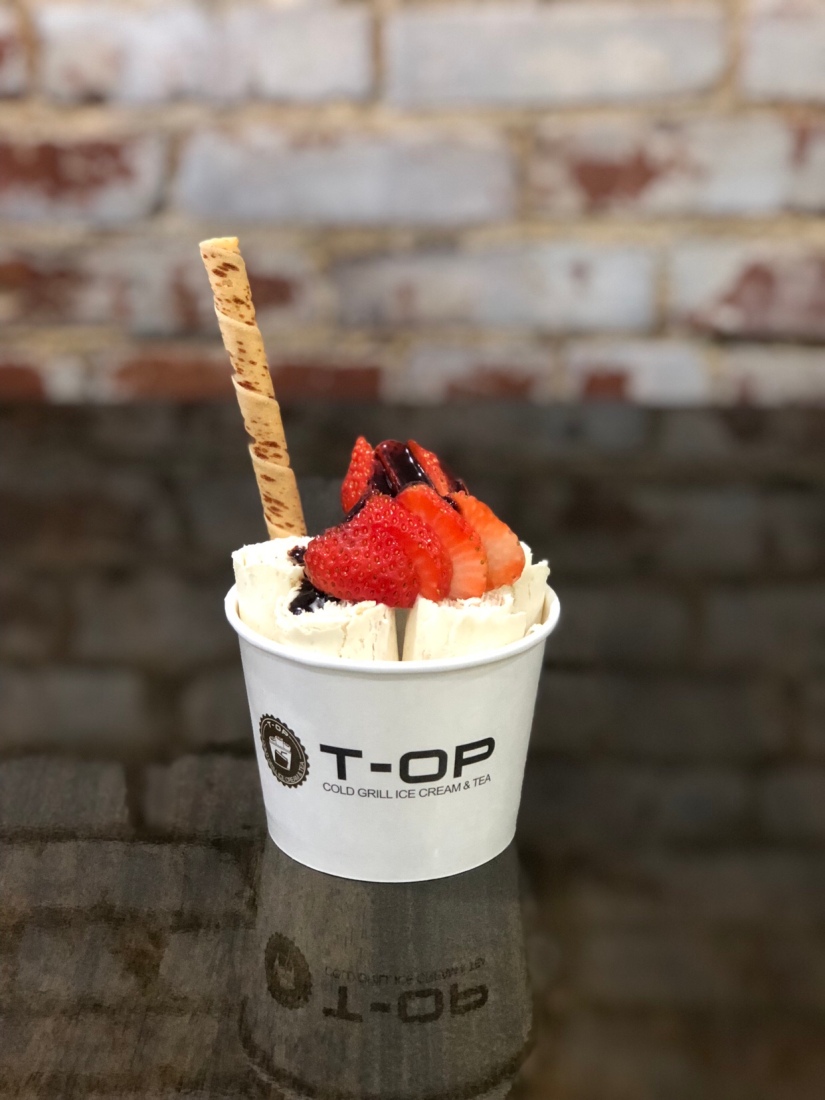 Hope you enjoyed that little stroll through historic Franklin! Now, go make some fall memories of your own and share them with me!

All photos by Nola Nash

Have you ever read something that took you back to a place that was comfortable, but showed it to you in a different light? Reading The Haunted Heirloom, a cozy mystery by Laura Cayouette, did that for me in a fabulously fun way!

Charlotte Reade is an actress who has given up the glitz and stress of Los Angeles for the casual comfort of New Orleans, a place her family called home for generations, even though it took her some time to find her way there. With a big movie about to launch and a hurricane threatening the city, Charlotte finds herself, and the guy of her dreams, in the middle of a mystery that hits close to home. Very close. In fact, it’s hanging in her bedroom. The chandelier has something to tell her as it moves on its own when her family history is discussed. Will she figure out what it is, or will it continue to be fodder for tour guides leading haunted tours of the city? Or is there a deeper connection to another Garden District family, whose surviving member finds himself in the middle of a haunting of his own?

Laura Cayouette weaves her deep love of the city of New Orleans through her writing on every page. As someone who has spent time in the same places, I can picture everything from the colorful people of the French Quarter, to the sidewalks turned into ramps by live oak roots. For me, it was a chance to settle into the city I adore while getting a glimpse into the behind the scenes world of a Hollywood actress. So much of Laura Cayouette runs through the book in the form of her main character, Charlotte Reade, from her acting career to the pink corseted flamboyance of The Pussyfooters, a local dance group who uses the fun of their performances and parade appearances to raise money for local causes.

The Charlotte Reade mysteries are Laura Cayouette’s love letters to the city that has become home in the way only New Orleans can. The Haunted Heirloom is book 4 in the series, but each book can stand alone. However, I suggest you get them all. They are quick, fun reads! Settle in, pour yourself a drink in your go-cup, and enjoy!

There are several ways to get your copy. I got mine digitally on Amazon, but signed copies are often available through the Garden District Book Shop.  Don’t forget to check out her blog here: L.A. to N.O.L.A.

I’m so excited to be able to share a little bit of news with y’all about the launch of Crescent City Moon!  Be on the look out for it in Spring 2019.  What else happens in the spring?  Allergies.  Right.  But more importantly, that’s Mardi Gras season!  I mean, if we’re going to celebrate something, let’s do it all at once like only NOLA can!

In the meantime, look for updates and other fun things along the way! 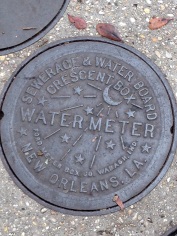 Today, I had the pleasure of writing the featured blog post for Pandamoon Publishing, Know What You Write.  It’s something near and dear to my heart in several ways: writing, and New Orleans.  And, a great way to get to know me as an author!  Check it out!

Something unexpected happened during the second half of my week in New Orleans.  Well, to be honest, a lot of unexpected things happened, but mostly because of this one thing.  Once my mom and my girls went home, I had several days on my own in the city.  I expected that it would be me quietly wandering the French Quarter or museums and having awkward solo dinners.

I discovered something remarkable about the city I adore.  Being alone in New Orleans is not alone at all.  People talked to me.  Lots of people.  Tourists who thought I was a local (well, I was once) and asked for directions or how there could be so many names on one above ground tomb, servers who didn’t want me to feel lonely at meals that are typically social times, a medium, tour guide, and a voodoo priestess…..

Don’t get me wrong.  It wasn’t like I was being constantly bothered and never had a moment with my own thoughts.  Not in the least.  There was plenty of that.  But I never felt isolated.  And I made some very special and very unexpected friends that I treasure.  The best souvenirs ever!

Read on to meet some of the folks, new friends and strangers alike, who made me feel at home. 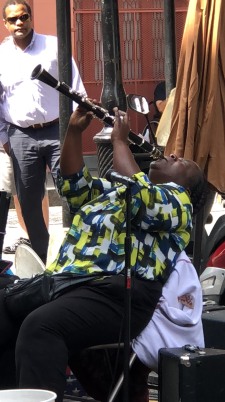 There was one more friend who is a fabulous medium and a great encourager as well, but I was enjoying my time with her so much, I never even thought about getting a picture.  Too bad, too.  We had just done a seance and who knows who might have photo bombed that one.  It was after thinking about that missed chance that I made sure I got pictures of the other folks!

I adore the people of New Orleans and am grateful for so many who made me feel welcome and at home.  New Orleans, and especially the French Quarter, has always had my heart.  Now, I’m sure I left part of my soul there, too.  Technology has made it possible for me to continue to grow these friendships, but I can’t wait to get back down there and see them again!

New Orleans.  A city whose heart is as big as its character.

Look at Wilson over there smugly having dinner all pleased with himself about putting up the puppy gate when I did most of the work. #Wilson #NolaandWilson #socialdistancing #saferathome #covid19 #coronavirus #authorlife @tomhanks
I offered to help put up the puppy gate, but Wilson said he’s got it. Fine, then. #Wilson #WilsonandNola #socialdistancing #saferathome #covid19 #puppycomingsoon @tomhanks
Meet Naomi. #Traveler #comingsoon #Madrid #fantasy #authorlife #book
In the spirit of good will and good entertainment during stressful and unpredictable times, my publisher has discounted the Kindle version of Crescent City Moon to just 99 cents! Please help support authors you love by buying their books and leaving reviews! Much love, peace, and good health to you all! ⚜️🌙💜 ~ Nola #amreading #authorlife #saferathome #stayhome #keepreading #paranormal #mystery #historicalfiction #NewOrleans
Wilson is apparently feeling the need for a side hustle or I’m rubbing off on him. #Wilson #NolanadWilson #tarot #heneedspractice #socialdistancing #covıd19 #corona #saferathome @tomhanks
Of course Wilson wanted to watch Castaway, but I told him I needed a movie with a bit more rum and a bit less sunburn in it. #piratesofthecaribbean #Wilson #NolaandWilson #socialdistancing #covid_19 #saferathome #Ihaveathingforpirates #nooffence @tomhanks
Nola Nash
WordPress.com.